What can soaps do for symptom awareness? 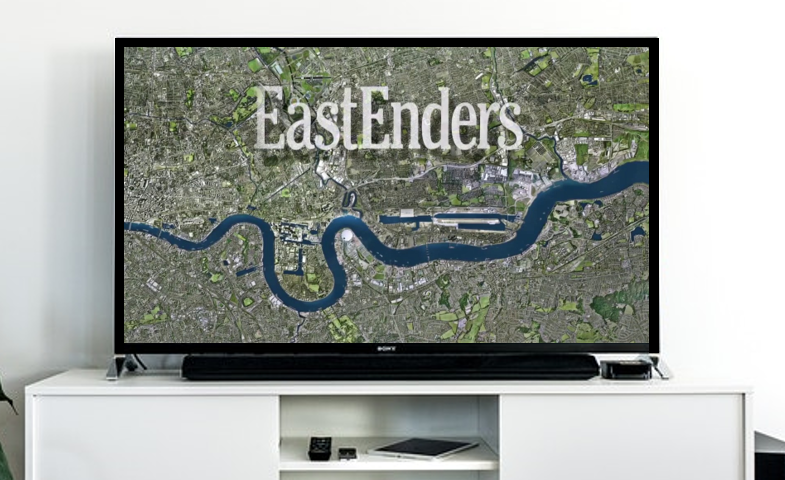 The BBC’s EastEnders and Channel 5’s Neighbours are featuring ovarian cancer storylines. We recently saw the death of Sonya Rebecchi, one of the lead characters in Neighbours, from the disease. Last week saw Jean Slater being diagnosed with Stage III ovarian cancer on EastEnders. But what does this mainstream representation of ovarian cancer mean for awareness of the disease, and as comms people, how can we harness it?

Many women diagnosed with ovarian cancer tell us they’d never heard of the disease before their diagnosis. For others, they knew of the disease but didn’t connect it to their symptoms, or the GP they consulted didn’t. Target Ovarian Cancer works tirelessly to change this. As a small charity with limited reach, we have to prioritise our audiences carefully and we rarely have the means to reach large scale, cold audiences that mainstream TV programmes reach. But our supporters know the power of these programmes – both in terms of their reach and the power of their storytelling. In seven years of working at Target Ovarian Cancer, one message I have heard time and time again from our community is, “How can we get an ovarian cancer story in a soap?”

It’s been a long time coming, but this year has seen two ovarian cancer storylines on major soaps – Neighbours and EastEnders. From a communications point of view, it’s a fantastic opportunity to raise awareness among millions more people than we can reach as a charity alone, but the risks are high. We aren’t in control of the messaging or stories, so if not done well, that’s millions of people with the wrong information.

So how does a small charity take advantage of these storylines?

Increasing our reach is a major opportunity here, using social media to tap into the Neighbours and EastEnders communities in two ways:

There’s the cold public – people who have no knowledge of ovarian cancer. Our goal here is to raise basic awareness that ovarian cancer exists, and what the symptoms are. We’ve been trying to do this in a number of ways: jumping on the soaps’ hashtags, live tweeting certain episodes where we know something key is going to happen, working with Neighbours’ PR team to get mentions and a cast video by @NeighboursTV, and finding online soap fan communities to reach out to. There are a lot of dedicated soap followers who love to have conversations online and this was a great chance to tap into that.

On the day of Sonya’s death in Neighbours, our social media colleagues took time to find people tweeting about the storyline and replied to each person we noticed had made a wrong assumption about ovarian cancer, for example that it can be detected by cervical smear tests, which it cannot. This can happen a lot, but we had some really constructive conversations. Our symptoms graphics were really useful to illustrate for people here.

Secondly, there is the ‘ovarian cancer community’ – people who know about ovarian cancer through personal or family members’ experiences, but don’t know Target Ovarian Cancer – our goal here is to bring them into the ‘Target Ovarian Cancer community’ through being clear about our offer, the services that can help them, and how they can get more involved should they wish. For this and our already engaged audiences, we had to get a little more in-depth and personal. We asked our Nurse Advisers to write a blog, discussing the storylines from their point of view, and record a very special podcast discussing all things soaps and raising awareness of ovarian cancer. This brought a warmer, friendlier tone while maintaining our reputation as an authority on ovarian cancer.

But what about the challenges?

One of the key challenges as a very small team is merely staying on top of the storylines, as both soaps are broadcast every weekday (and Neighbours is broadcast four times a day), and the social conversation takes place alongside the episodes. Getting to know both the Neighbours and EastEnders PR teams to get a head start on dates and the direction of the storylines has really helped.

Initially, we had concerns about the storylines – ovarian cancer is a complicated disease and the soap priorities of a good storyline wouldn’t necessarily match our priorities of consistent and clear messaging to the public. Both programmes take the authenticity of their storylines very seriously – Neighbours worked with Ovarian Cancer Australia and EastEnders worked with Macmillan – both excellent organisations which we regularly work in partnership with, so the disease information has been spot on.

We also need to be conscious of our own community – women, family members and friends, many of whom will watch Neighbours or EastEnders, and how they process the storyline while undergoing treatment themselves or bringing back memories of past treatment, or the loss of someone from ovarian cancer. Our primary goal as an organisation is to provide support to this community, so we were delighted that Neighbours promoted the Target Ovarian Cancer Support Line after every show and we feature on the BBC support page for EastEnders storylines.

Both Sonya and Jean’s stories have been and will continue to be gripping, heart-rending and emotional – made the more so by being fictional. We’re hooked, we’ll keep watching for future developments, and we’re delighted to see ovarian cancer finally getting primetime attention.

Alexandra Holden is Director of Communications at Target Ovarian Cancer, the UK’s leading ovarian cancer charity, which receives pro bono PR support from Say Communications for the It’s time to TAKE OVAR campaign. Through the campaign the charity will transform the futures for women with ovarian cancer and aim to raise awareness, fund research and save lives.