How Helpful are Simple Health Messages? 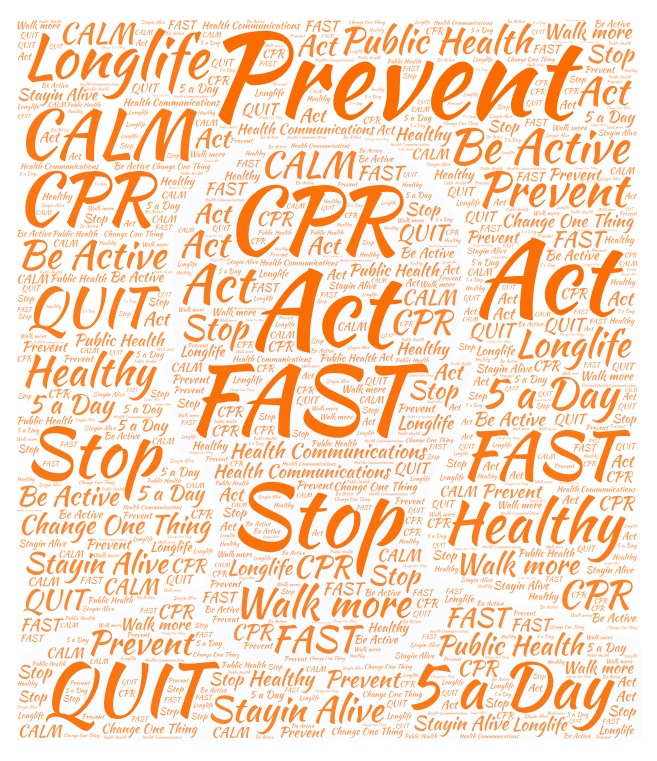 We all know them… 5 A Day, Act F.A.S.T, Vinnie Jones performing CPR to the Bee Gees – over the years, many a health message has been compacted into an easy to remember, snappy package. These are doubtless of great benefit to the general public; shortly after the release of Vinnie’s star turn, the British Heart Foundation (BHF), who produced the advert, announced that they already knew of 15 people successfully applying what they had learned from the campaign.

The beauty of an easy to remember soundbite is in its simplicity. In an emergency, it’s far easier to remember to perform CPR to the beat of Stayin’ Alive, than it is to think about the number of compressions you need to carry out per minute. With this in mind, it would be hard to disagree that simple health messages work, to at least some degree. But the simplicity of these messages can also be a double-edged sword. Some were dismayed to see the BHF’s advert erasing the use of mouth-to-mouth from CPR. In a bid to make people more willing to undertake CPR at all, the advert did not mention that the technique still remained a crucial part of professional training. But it’s harder to box this subtlety up in a short format and present it to the public.

It seems then that the price we pay for snappy health messages is the removal of nuance. But is this always a price worth paying? Let’s look at another example – that of 10,000 steps a day. This has clearly caught the public imagination – the PR’s dream, given that it started life began as a Japanese marketing campaign! We are surrounded by many a fitness tracker so we can count our daily steps, trying to reach that hallowed 10,000. Now here is a true example of quantity over quality; 10,000 steps is of course, an admirable goal, but at what pace must these steps be walked? On what incline? Is your heart rate up? A blanket message of 10,000 steps a day doesn’t take any of this into consideration – no wonder then that a recent study found that walking fewer steps with greater intensity has more health benefits.

Once these messages have taken hold it can be difficult for them to shift. We all know that we’re supposed to eat 5 fruit and vegetables a day, but research has suggested that we should actually be eating even more, with those who eat seven or more portions a day in far better health than those eating less than one. Whilst simple messages can lead to behaviour change, they may impede further change; advice inevitably changes with new evidence; however, health messages can remain ingrained. After all, 7 a day doesn’t quite have the same ring to it!

Of course, knowing that one should eat 5 a day is rather different to actually doing so. But what we can take away from the message regardless, is the knowledge that eating fruit and vegetables is good for our health. In the same way, knowledge of the idea of 10,000 steps a day makes us aware of the importance of walking and exercise. The BHF campaign encouraged ordinary people to perform CPR. At their heart, these simple messages communicate important advice, which are critical to public health.

Snappy soundbites are not to be sniffed at. Anything which increases awareness of health issues is of course, positive; awareness is a crucial first stage to behaviour change. But in the age of information, we should encourage each other to keep an open mind and to recognise these slogans for what they often are: a starting point.