A Spotlight on Healthcare Communications Advocacy by Alastair Kent

A Spotlight on Healthcare Communications Advocacy

Earlier this year I received an email from Stefi Rucci asking me if I would mind if she nominated me for the Healthcare Advocate of the Year at this year’s Communique Awards Ceremony. I was flattered that she should think of me as a potential candidate, and honoured to be nominated but frankly never expected this to go any further. When Stefi invited me to join the Say Communications party at the ceremony I thought it would be a splendid evening in great company but was still not expecting anything more. So I wasn’t really paying attention when the winner’s citation was being read out until mid way through, when I realised that the person being recognised with the award was actually me!

Wow! What an honour to receive this accolade, especially in the light of previous winners, superstars in the healthcare communications firmament all! In an instant I was transformed from  (hopefully) a moderately intelligent dinner companion to a gibbering wreck. To say I was thrilled is to understate the case by several orders of magnitude, and I am deeply grateful to Stefi, her colleagues at Say Communications and all those who sent in testimonials supporting the nomination. 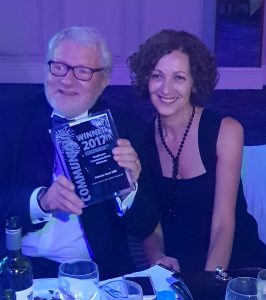 triumph. Until recently I was Director of Genetic Alliance UK, the umbrella body for all those affected by rare and genetic disorders. This is a policy focused health charity which seeks to provide a patient and family perspective on issues relating to biomedical research and healthcare policy, planning and service delivery. Genetic  Alliance UK has built up expertise and credibility thanks to the hard work of a motivated and very knowledgeable team which I have had the privilege to lead. In today’s fast moving research environment, where new knowledge brings hope to patients and families, and creates opportunities for improving the services and support that the NHS can provide, articulating the patient and family perspective – speaking truth to power – so those who can influence the future shape of healthcare can hear, understand   and act upon is increasingly important. This is especially the case for those with rare diseases. For too long “rare” was seen as synonymous with “not very important”. Today, rare diseases are high up on the agenda for researchers and for the NHS , thanks in part to effective advocacy by patients and families, by the support groups for those with specific conditions and by umbrella bodies such as Genetic Alliance UK. Winning the Healthcare Advocate of the Year is not just a personal accolade, but an acknowledgement of the growing impact that the views of patients and families have rightly assumed in the debate over research priorities and NHS resource allocation at all levels from person to person interactions between an individual and their doctor to engaging with the Secretary of State and the CEOs of multi-national pharma companies.

There are some take home messages from winning this award for me and perhaps for my colleagues engaged in healthcare advocacy in whatever capacity. The first is to be clear what it is you are trying to achieve, and why it matters to those for whom you advocate. Understand the mind set and the constraints those you need to influence are operating under, and try to generate evidence that will support the arguments you need to make to bring about the desired result. Emotion, “skin in the game”, is important, but it is an adjunct to, not a substitute for reasoned argument, and finally, I have never met anyone in the research or healthcare arena who deliberately sets out to do a bad job. Circumstances may prevent them from doing a good one, but it is the job of the healthcare advocate to help them bring this about. Winning this award is vindication for this approach. The glory is not mine alone, but should be seen as recognition for effective advocates everywhere who are committed to improving the lot of those on whose behalf they speak.

Alastair Kent OBE was the Director of Genetic Alliance UK for over 20 years, and is currently Ambassador for the organisation. Genetic Alliance UK is a national charity of over 180 patient organisations, supporting all those affected by genetic conditions. Genetic Alliance UK’s mission is to promote the development of the scientific understanding of genetics and the part that genetic factors play in health and disease, and to see the speedy transfer of this new knowledge into improved services and support for patients. He is also Chair of Rare Disease UK. Rare Disease UK is a national alliance for people with rare diseases and all who support them. Alastair has worked in the field of genetic and rare disease healthcare for over 20 years. Alastair represents the interests of patients on numerous platforms. 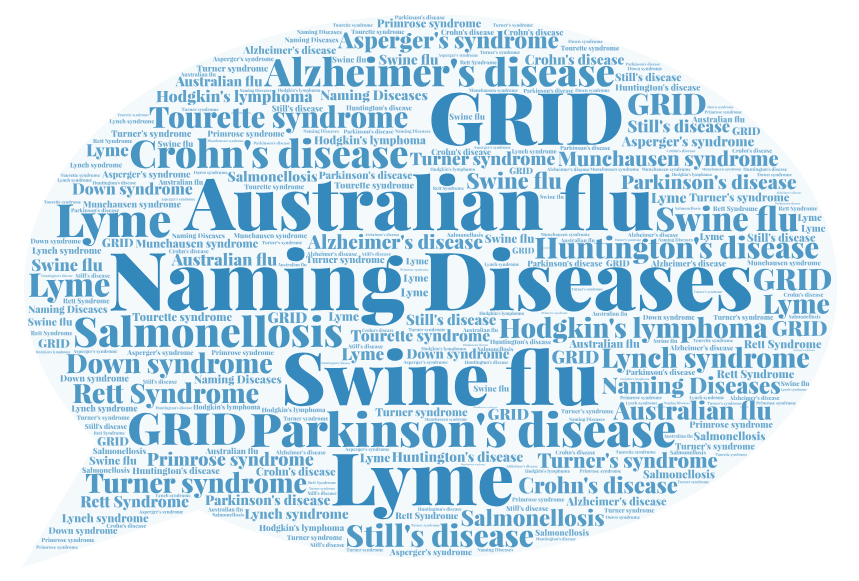